I left home at the age of 14 and 15 to be returned by the police both times after a few weeks of freedom. When I left at 16 my parents faced facts and let me go. They gave me the $100 I used to buy a Greyhound bus ticket across the USA to the West Coast. For about half a year I played guitar on the street in San Francisco. A nice couple in the Noe Valley district let me convert their tool shed into a bedroom and use their bathroom. Life was good.

The parents of a friend took me in. Their only expectation was that I finish high school. Living with them I became interested in learning to play the bass guitar. I began working in local bands; one of which became good enough to go on tour careening across the USA and Canada playing sweaty rock bars. We lived a glorious existence slamming loud rock and roll 5 nights a week, living in seedy motels, dining on macaroni and cheese (which I still love) and praying our ancient Ford Econoline van would get us to the next gig without anything serious breaking down.

8 bands and 10 years later I moved to Los Angeles to study music properly for a year at the Musician's Institute in Hollywood. The next stop was Nashville. For 12 years I stayed busy touring and, when off the road, playing recording sessions for song writers and a few album projects.

It was in Nashville, surrounded by career song writers that I decided to expand my mild interest to a more serious level. I started doing it the Nashville way, working on a song with 2 or 3 other writers until we'd squeezed any hint of originality or fun out of every thing we touched. The songs I wrote on my own I liked better but they had a snow ball's chance in hell of ever being recorded in Nashville's country music industry. I still remember great all night parties where we passed the guitar around. I heard magnificent writers play wonderful songs destined to never make it any where near being heard on the radio.

I started using the internet to schedule brief tours playing solo gigs in pubs and coffee houses around Germany, Scandinavia and the Netherlands. I didn't take home much more money in the end than enough to finance the trip but after a couple of these I decided it was time to move. Returning to America I played every gig I could manage and saved my money. A year later I moved abroad. At first I lived in Romania then relocated to Germany where I remain.

I bought a digital recorder while in Nashville and began recording my songs. I made CDs and sold them to anyone with €10 and an interest. I found myself playing on the street again here until I had enough pub work to quit. I learned my job on the street. If you can lure pedestrians to stop and listen to you, after that bar gigs are a breeze, plus you don't freeze your ass off in the winter. At this point I have both pub dates where I perform largely cover songs and other gigs where I do only my own material. I prefer the latter but, in either situation, I like my job. An old musician in Nashville advised me don't worry about art. If it's in you it will ooze out. Truth be told I've enjoyed every step of the way. From touring North America playing rock and country music to summer nights here in Europe playing on the street for a ring of people gathered on the sidewalk to Irish pub gigs sitting on stage with a cold Guinness getting everyone to forget their day and sing along with songs I might prefer to forget. Life gets worse I'm told.

If you expected a litany of well known people I've worked with along this twisted road all I can say is if you are into music you know some well or others a little. Either way, out the 100 bass players they've hired or 1000 acts that have opened for them I was 1. I don't believe in reflected glory. If you didn't generate it then it ain't yours. Do it on your own. Let someone else say they played with you. See you down the road. 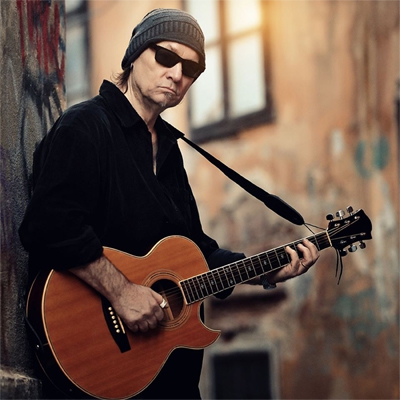